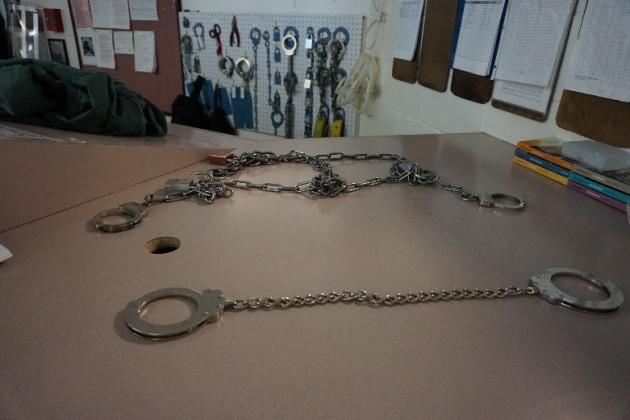 [Denver, CO | November 23, 2022] After receiving concerning reports that people had experienced extended periods of restraint at Colorado Department of Corrections (CDOC) facilities, Disability Law Colorado (DLC) began to actively monitor CDOC facilities that use four-point clinical restraints. Over at least the last two years, DLC staff have engaged in extensive work with and on behalf of people with disabilities who are housed in CDOC, specifically those with mental illness. In addition to speaking with more than a dozen such people, DLC staff have also reviewed thousands of pages of records, watched videos of incidents, reviewed CDOC policies and procedures, met with CDOC staff and administrators, and conducted monitoring visits at multiple CDOC facilities, including at least four visits to San Carlos Correctional Facility. During one of these visits, DLC staff observed someone in what is known as clinical four‐point restraints. DLC staff also reviewed records of numerous episodes of clinical four-point restraint lasting several days or weeks.  The longest episode of consecutive time documented in the records obtained by DLC staff lasted roughly 39 days. This work has culminated in the release of a public report examining these practices, and the report can be found at https://acrobat.adobe.com/link/review?uri=urn:aaid:scds:US:31ac40c6-7cc9...

Clinical four‐point restraints are the practice of restraining someone to a “bed” (consisting of a metal platform with a thin pad atop it) and securing both arms and both legs to the bed using various types of restraints. In CDOC, this process also typically involves a “chest strap,” and sometimes a belly chain (with padlocks). These practices result in extreme isolation for extended periods of time without adequate clinical justification.  While restrained, a person is not able to receive meaningful treatment or interventions and there is an absence of clear clinical criteria for the restraints or the opportunity to be released from them.

Facilities Attorney Team Leader Meghan Baker says, “Society is judged by how we treat our most vulnerable. People in facilities, the people that I work with are often the people who have the least voice.” Baker continues, “They’re forgotten about.  People don’t even know that the facilities they’re in exist.”

In collaboration with other partners, DLC has worked with Representative Judy Amabile and others on the Committee for the Treatment of Persons with Behavioral Health Disorders in the Criminal and Juvenile Justice Systems on a bill (titled “Use of Restrictive Practices in Prisons”). This bill seeks to place guardrails on DOC’s use of clinical restraints.  So far, CDOC and Colorado’s executive branch has engaged with stakeholders and bill drafters in a collaborative manner to identify ways to improve the bill’s implementation. DLC continues to engage in discussions with stakeholders, including state agencies and the Governor’s office to end this inhumane practice. The practices being used in CDOC are not in line with other clinical practices within and outside of Colorado and amount to a practice that has been referred to by many as “torture.”  If CDOC cannot safely utilize clinical restraints in a manner consistent with prevailing standards and best practices, DLC takes the position that CDOC must end its use of clinical restraints altogether.

Contact Meghan Baker, mbaker@disabilitylawco.org for more information about this story.

Related Issues:
Community Integration
Mental Illness
-A A +A